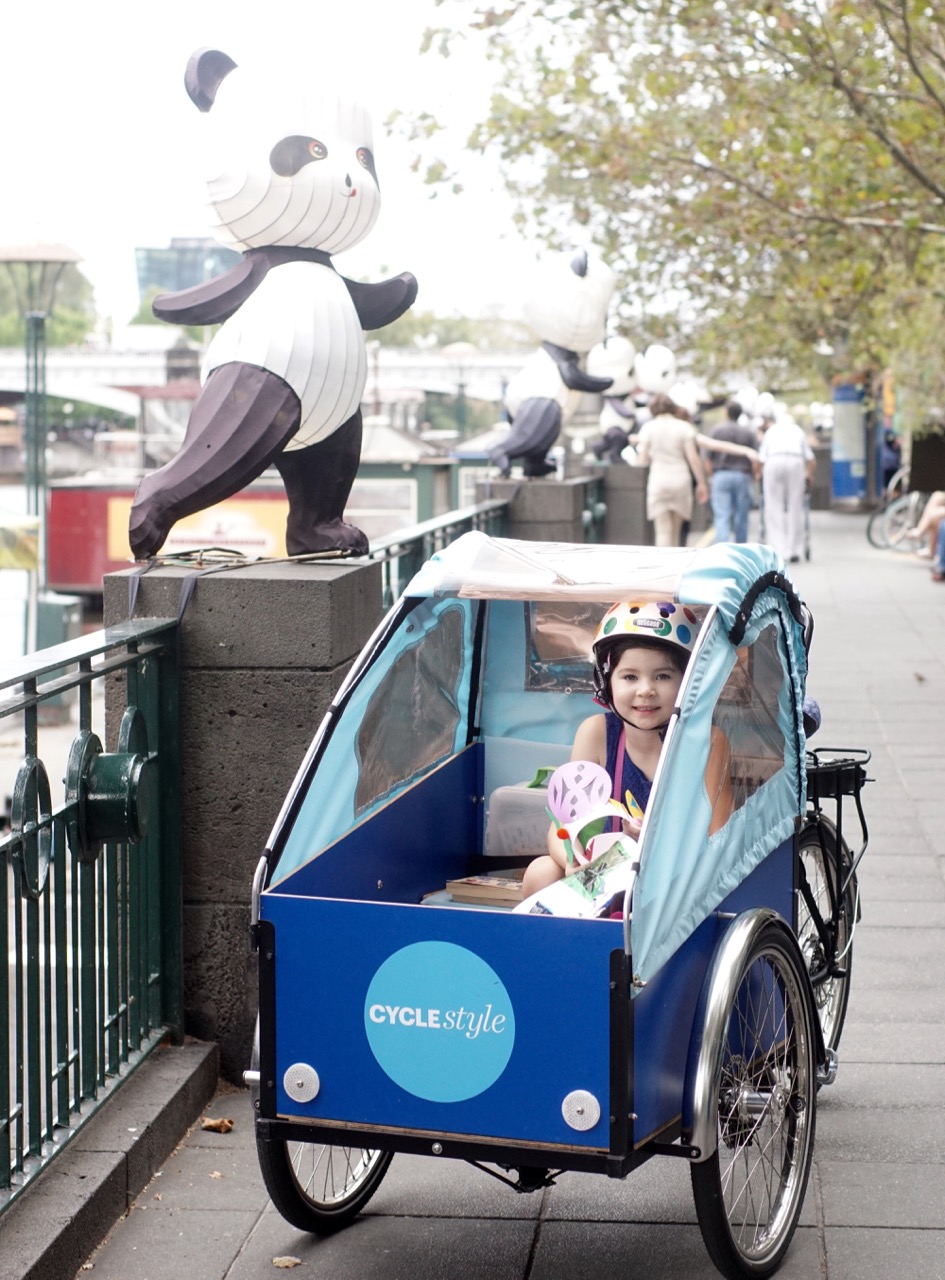 Today the age ran an article entitled ‘Cycling is still a mostly male affair in Melbourne‘.

As a female cyclist in Melbourne, I’m hardly surprised.

The article points out that the average Melbourne cyclist – male, aged 36-45 – rides 5-10km for commuting or transport. They are comfortable riding with general traffic on the roads.

The biggest problem with cycling in Melbourne when you’re a woman is that the city’s network of bike paths don’t connect to each other and don’t go to the places that as a general rule, women need to go.

Women, if they are parents, are often the primary caregiver. That means that the most often used route is to and from school, kindergarten, daycare. In my case, my bike route involves crossing two major roads (both truck routes) and in some cases it means mounting the pavement to avoid the traffic.

Women in general still take on the bulk of the house duties. That means I need a convenient route to the local shops and services and a place to park my bike at the other end. The safety of the route is even more paramount as I often have my children tagging along to these shops and services.

I am not riding 5-10km a day. The maximum radius of most of my day to day life is about 3-4km. It’s a distance that’s too short for driving (plus the hassle of finding somewhere to park) but too long to walk if I have young children or groceries to carry.

A bike is the perfect solution, if only I didn’t have to mix with heavy traffic and to follow bike lanes that end abruptly and force me to complete my journey on the road.

At the moment, my biggest bugbear is travelling from Footscray onto the dedicated bike path along Dynon Road. The bike path is smooth, off road and sheltered – and hardly anyone uses it because it stops abruptly at the intersection of Kensington Road. To reach Footscray (and the rest of Melbourne’s inner west) there is a footpath and bridge that is like a narrow and uneven obstacle course. You cannot have two bikes easily pass along it, let along a cargo bike. Technically I’m not even supposed to be riding on the pavement as it’s illegal in Victoria.

As such I am forced onto Dynon Road because it is wide and smooth – and also full of trucks going 60km/hr. It is an extremely scary experience with children in the cargo bike and there is no way I’d let them ride alone on the road there. However, it’s the most direct route from the northern end of Footscray into the CBD and as long as I grit my teeth and bear the 1km of terror I can then rest easy on the bike path. I am very confident riding on the roads thanks to years of experience, but I am in the minority.

When you don’t have bike paths that go to where women need to go and bike paths that aren’t built in a safe manner where they’re protected from traffic, women won’t use bikes as their preferred mode of transport. Easy as that.

What are your thoughts on why cycling is still mostly a male affair in Melbourne?

Not only do Wet and Wendy design fantastic weatherwear, we love the fact that they…

If you haven't already marked it in your diary, please make the time to attend…

Today we had a 'why didn't we think of that?' moment. Japanese fashion house Sally…