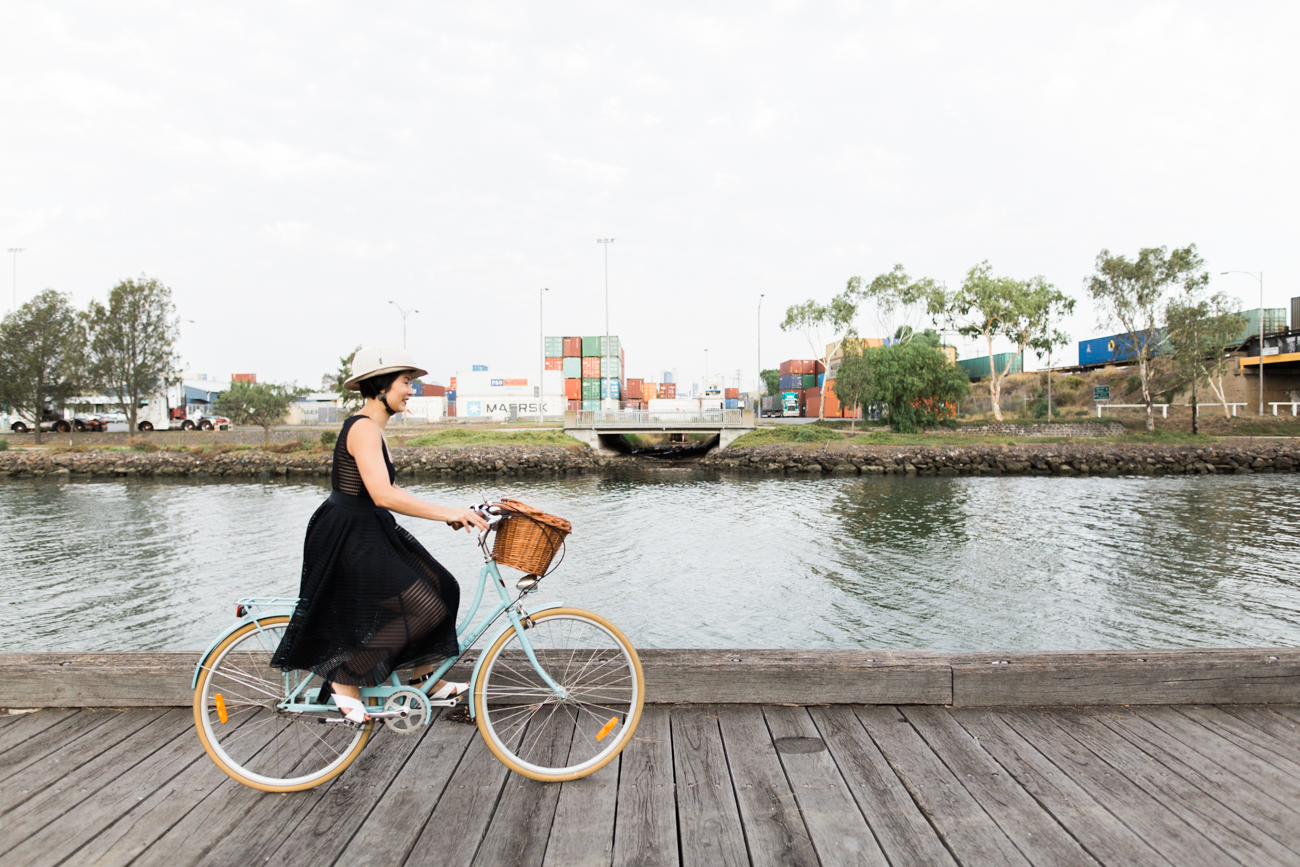 I normally try to keep CycleStyle blog posts upbeat and positive. To spread the message that cycling is a convenient, healthy and fun way to get around.

However, I woke up this morning to this horrific news. A woman in her 30s was killed last night after being hit by a truck on the corner of Somerville Road and Whitehall Street, Yarraville.

I cried at the gym while I was thinking about this woman and her family and friends.

I’m a woman cyclist in her 30s. I live in the inner west of Melbourne. I have often ridden past that corner of Somerville Road and Whitehall Street. I am really rattled to get on my bike today.

So I feel compelled to be take action. The two roads in question are owned and managed by VicRoads and are located within the City of Maribyrnong. Whitehall Street has an off-street bike lane but at the intersection of Somerville Road cyclists are forced to share the road with a busy truck route with a desultory ‘bike lane’ marked by a white line. There is no physical barrier, no sharrows, no bollards, bike advance traffic signals or even green road paint.

This is not good enough.

The research is unequivocal. Bikes, cars and especially trucks don’t mix well. Cyclists need protected bike lanes to be and feel safe. Build safe bicycle infrastructure and people will use it.

VicRoads know this. City of Maribyrnong know this. Their lack of action is due to lack of funding and lack of political will.

So this woman’s needless death is the time to make your voice heard. I urge you to write to:

Demand a coordinated team response to this tragedy. Demand more funding for bicycle infrastructure in the City of Maribyrnong from the council and from VicRoads. Given the projected population growth at Maribyrnong, both the state and local government need to step up its financial commitment to provide safe options for more people to cycle as a mode of transport.

I have posted a version of my emails to the various politicians here.

**UPDATE** A ride in memory of the cyclist Arzu Baglar has been organised for Monday 13 March 4:30pm by the advocacy and news group Cycle. I’ll be heading to this ride with my family so we can show the politicians that we need and demand action for safer cycling infrastructure in Melbourne’s west. Let’s show them some strength in numbers!

Carradice of Nelson and HARRIS TWEED have collaborated on a limited edition range of saddlebags. HARRIS…

Breton stripes and a cute pooch

How much more French can you get? Cycle around with a striped shirt and a…

How to Dress Well on a Bike

Wow, we never thought a government authority would consider an issue like how to dress…