I wasn’t old enough in the 80s to get into the Olivia Newton-John/Jane Fonda fitness trend. 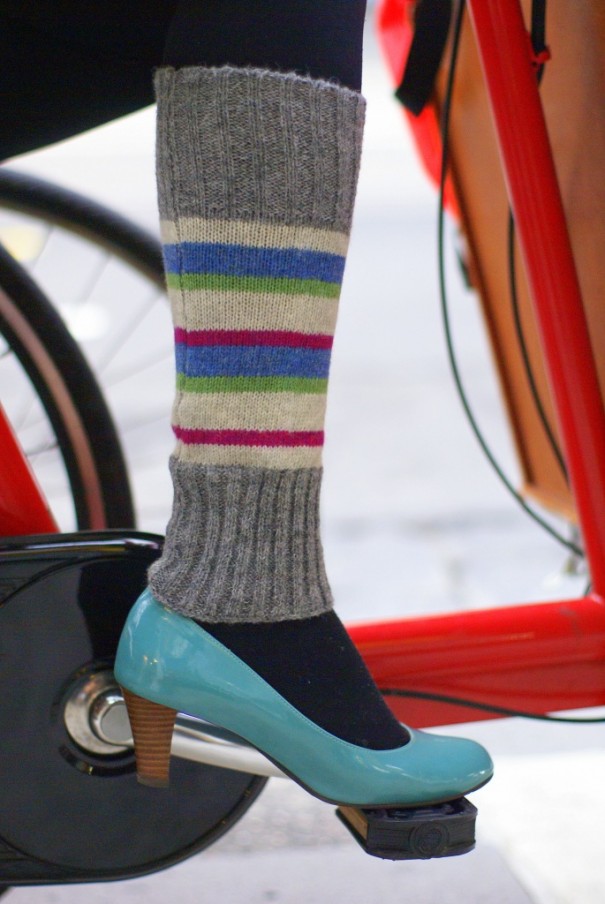 Dashing Tweeds weave beautiful wool tweed fabric which is stocked at tailors Anderson &  Sheppard, Graham Browne and Connock & Lockie.What’s particularly special about their tweed, which is called Lumatwill, is that it is threaded with 3M luminescent thread and coated with Teflon, which means that it’s reflective at night and waterproof.  Check out some of the photos here. 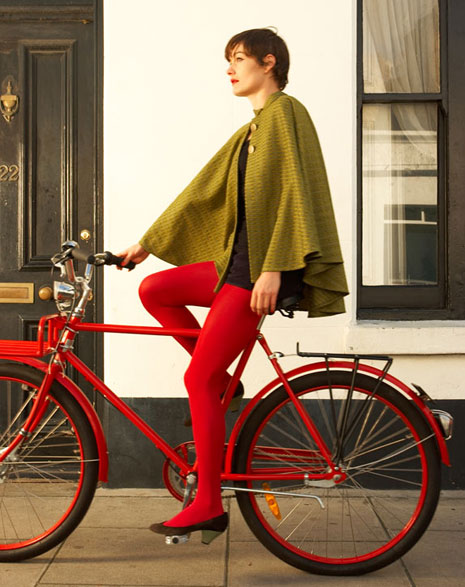 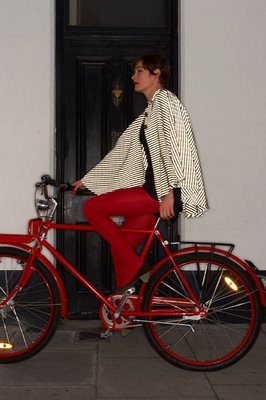 While Australia’s relatively mild winters probably don’t justify a full three piece tweed wool suit, we do get cold enough, especially here in Melbourne, to need some sort of winter-wear on our bikes. That’s why CycleStyle is bringing you the Dashing Tweeds legwarmers, which are threaded through with the same 3M luminescent thread as the tweed. 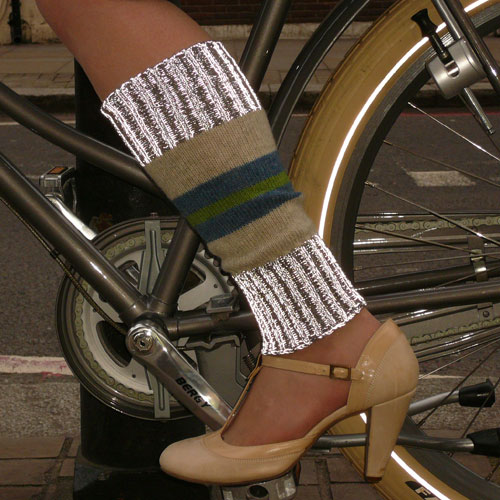 Not only are these legwarmers tres chic and useful for keeping pants away from your bike chain, they are a good safety feature because anything that is strapped to your ankle, reflective and constantly moving will more readily attract the attention of motorists and pedestrians. We’ve tried them in front of car headlights, and wow they are super-bright!

The Dashing Tweeds legwarmers are selling exclusively in Australia at CycleStyle. Stock is limited as the company only does small product runs, so snap them up quick!

See you at Cycle Chic Friday – this Friday!

Melbourne gets its own Cycle Chic day-of-the-week with its first Cycle Chic Friday! From 5pm…